More Than 80% Of Jobs Are Landed Through Networking 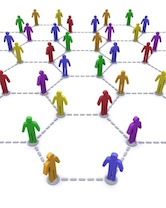 According to a report from ABC News, 80% of today’s jobs are landed through networking. That’s true when it come to attorney jobs as well. This percentage of networkers represents smart jobseekers who understand that finding a job will require a little extra effort. Rather than sitting at a computer all day and looking at job boards, a successful jobseeker will be on the phone, meeting people face-to-face, and attending networking events, professional association meetings, and other gatherings to put them in front of live individuals.

Networking is not easy, it requires “work,” patience, and dedication. However, networking yields its rewards, especially when done correctly. The best time to network is when you don’t need to do it. When you’ve landed a job you like is the time to build that contact list and get as much visibility as possible. The pressure element taken out of the equation will make is easier for the most hesitant participant to successfully build key contacts.

Even if you are starting to network while seeking a job, networking can deliver results. When you consider that the majority of companies hire internally first, and then from referrals from employees, you start to understand the value of meeting with others. Before you have to compete with hundreds of applicants once a job is posted or a recruiter hired, getting a referral from someone already working for the hiring firm or company, will give you a leg up on the competition.

One thing you need to remember is that networking is not a one-way street. In fact, as a jobseeker you may be easily tempted to do most of the asking. Rather than be on the receiving end, first place yourself on the giving end. In other words, determine what you can do for your contact first. Perhaps you can introduce them to others and expand their network, or provide them with a business lead. If you start by asking for favors, you may drive away potential contacts. Helping others before you help yourself will create goodwill, and ultimate help you get the results you are looking for.

Think of networking as dating. The best way is to start casually, engage in good conversation, find out about the other person, and determine what their needs are. It’s really not that complicated a process, and gets easier with practice. There seems to be a knee-jerking reaction to networking from most jobseekers, but the reality is that networking does work, and it’s a necessary part of conducting a successful job search.