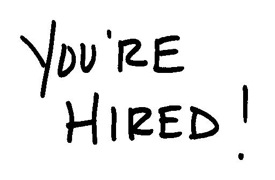 Most attorneys seeking a new job wonder about the same thing: Is a cover letter really necessary? Why should you include a cover letter with your resume? I

n this competitive legal market, you have to take every opportunity to stand out from the crowd, and a well-written attorney cover letter can set yourself apart from the competition. While some employers confess to ignoring cover letters altogether, others read them carefully and give them a lot of stock. At the end of the day, it is better to err on the side of over inclusiveness, and add a great attorney cover letter to your resume, rather than sending it alone.

What can a cover letter do for you?

We are experiencing what is still considered by many to be a “jobless recovery.” There are very few positions available, and a plethora of highly qualified attorneys applying to them. Given the stiff competition, writing an attorney cover letter is worth the effort. A good attorney cover letter can achieve several things that a resume alone cannot. For instance, an effective cover letter can help you address red flags, or what could be perceived by legal employers to be red flags. These may include resume gaps, current unemployment, practice changes, numerous transitions, or a long hiatus from the practice of law.

While an effective attorney cover letter can explain away perceived negatives, it can also be used to highlight positives. An attorney cover letter is a writing sample that can highlight your writing skills. Unlike a resume where shorthand, abbreviations, and incomplete sentences can be acceptable; a cover letter must be written by following all of the rules of grammar, as well as explain concepts clearly and effectively. An attorney cover letter can also discuss in greater details positive attributes you bring to the position that a resume cannot fully explain. It can also be used to highlight your knowledge of the employer or its industry, such as commenting on a trend within the organization’s industry, an article you’ve read about the employer, a conference you attended, or other relevant information you identified about the employer or the position.
Why should you tailor every single cover letter you send out?

How good cover letters can make a difference.

A recent Wall Street Journal article by Sarah E. Needleman titled “Standout Letters to Cover Your Bases,” demonstrated the importance of a well-written attorney cover letter. According to the article, last spring a recent law graduate seeking a position wrote a cover letter to Chris Willis, vice president of human resources and general counsel for Dallas-based distributor Interstate Battery System of America Inc. In that cover letter, the applicant talked about how he had just graduated from Willis’s alma mater, and noted Willis’s involvement in the Texas General Counsel Forum. Willis said that Interstate Battery didn’t have any legal jobs open at the time, and still doesn’t, but that this applicant would "be top of mind" whenever one was available. "We’ll keep him on file in a database of high potentials that get higher priority when it comes to recruiting," Willis says. Similarly, Natalia Schultz, chief talent officer for Grey Group, a New York-based advertising firm, says she granted an interview to an industry outsider after reading the person’s cover letter about why she wanted to change careers and join Grey in particular. "It was such an incredibly compelling note that I had to meet her," she says.

Great attorney cover letters can make a difference. Don’t send your resume without one.